What is DIY biology (“garage”) and how does it affect Bioprinting, low-cost technologies accessible to everyone?

It is currently in fashion to use terms like DIY (Do It Yourself), or the analog one when referring to a group of people (DIWO, Do It With Others).

However, these practices have been done for many years in scientific environments where the necessary machines did not exist or existed but were beyond the reach of researchers for economic reasons.
We are in a moment of history full of changes and revolutions at the social level, where citizen participation is increasing, even to fund and to carry out scientific projects (through platforms of crowdfunding as experiment.com).

Citizen science? Collaborative environments?
Citizen science, which is “a broad network of people collaborate. Participants provide experimental data and facilities for researchers, raise new questions and co-create a new scientific culture. While they add value, volunteers acquire new learning and skills and gain a deeper understanding of the scientific work in appealing ways. As a result of this open, networked and transdisciplinary scenario, science-society-policy interactions are improved, leading in turn to a more democratic research based on evidence and informed decision-making.. “ [WHITE PAPER ON CITIZEN SCIENCE FOR EUROPE]

But we do not have to go outside the scientific / institutional scope to find examples of DIY. Each time a researcher wants to develop a new experiment in the laboratory and needs a new tool or machine, it is usually created by him or given the specifications to the workshop or technical office of the center, who manage to develop a temporary prototype (which ends up being used for many years ). In this case they are the “makers”.

When this type of actions are carried out within the scope of biology, we find the DIYBio and if there are also modifications on a living being, we call it Biohacking. One of the main characteristics of this movement is that as a community development, it works in open (Open Source / Open Hardware). There are various groups and platforms where we can find projects and documentation to replicate these devices, such as GaudiLabs or Hackteria.org.

Currently there is a new DIY biology group called OpenLab Madrid, whose activity takes place in Medialab Prado, where they plan to mount in the coming months an open laboratory of prototyping of biological projects, as well as to give training courses focused on providing the theoretical level of synthetic biology and biotechnology necessary for anyone outside these branches of knowledge to learn and contribute their ideas.

When a machine is developed in such an environment, it can be replicated freely in other parts of the world, as it usually does not require very advanced technologies for its construction and all documentation is available on the internet. This could be a breakthrough for medicine in underdeveloped countries, as low-cost devices for medical diagnosis, such as the paperfuge, can be made. In some cases, these inventions are patented, but only as a way of protection to prevent large companies from taking advantage of their developments and closing access.

What does bioprinting have to do with this?
The first bioprinter capable of working with human cells was a conventional injection printer modified by Thomas J. Boland more than 15 years ago. After that, with the aim of patents on 3D printing and the democratization of this technology worldwide, new machines, materials and methods have been developed to achieve the creation of human tissues and organs in the laboratory.

There are currently several companies that market bio-presses, such as Cellink or BioBots. However, until a couple of years ago, all the machines were made “by hand” fulfilling the requirements of each research center. Most of these machines consisted on a cartesian robot/structure (which moves linearly across the 3 axes of space, X, Y, Z), similar to those of normal 3D printers, and a system that allowed the deposition of cells without damaging them. This made that more and more people got interested in doing basic or applied research in this field, since it was easy to replicate and the initial cost of manufacture was below 800 €.

Accessible to everyone? Who puts the money?
One of the most sensitive issues on bioprinting is whether these new organs that promise to save lives (from the endless lists of transplants) will be accessible to everyone. However, we still do not know how much they will cost or when they will come to market, because when treated as drugs or medical devices, they must pass a long series of clinical tests until they are approved for use in humans.

At the moment, the decision on the public use or not of these technologies could come from the hand of the financing. Who puts the money so these projects go ahead? If it is a huge company that offers personalized medicine services to people who would give everything they have to get a family member out, unethical situations and social inequality could occur, similar to the one observed in the film GATACCA.

On the other hand, if collaborative projects, financed with public or private non-profit means where everything is put at the service of the patient, can be achieved, then this technology can be available to all and save more lives.

This site uses Akismet to reduce spam. Learn how your comment data is processed.

🗣️ Today at @2019Esb Abhay Pandit talked about engagement and empowerment of the citizens into academic and industrial science. They work with artist, creating films to bring scientific live closer to everyone. 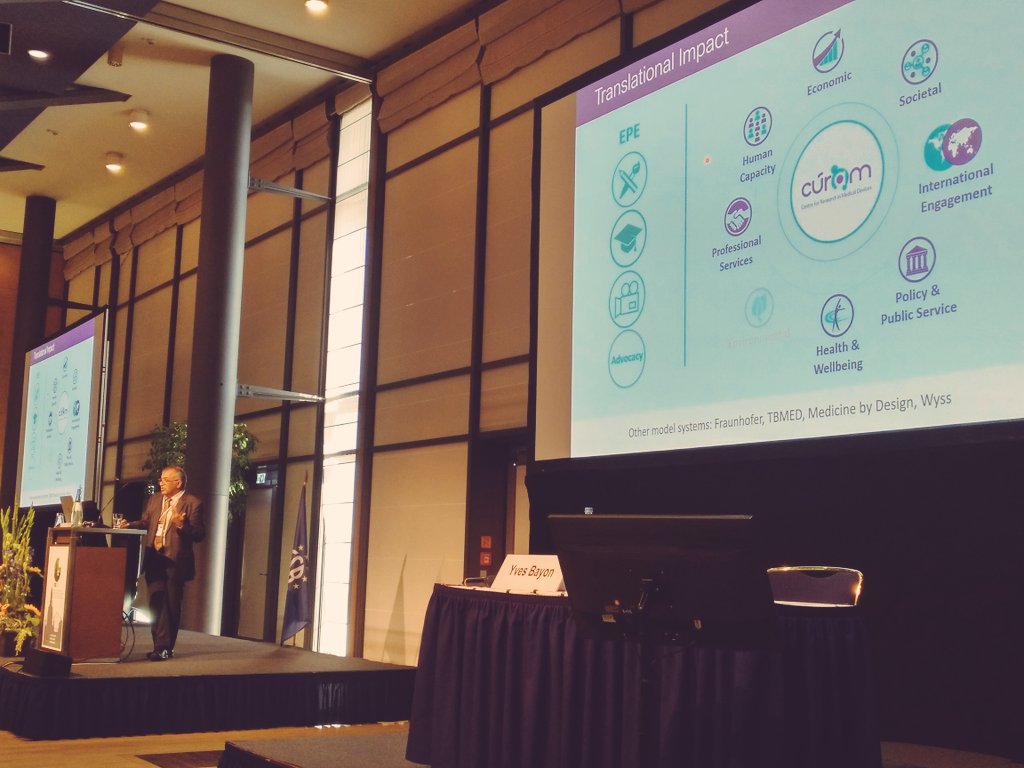 + The complete programme booklet of ESB2019 is now available for download in pdf format here: https://t.co/CNrRjxq1DM https://t.co/Wyys3WZz2A
View on Twitter
2
0

Please, help us to continue working in open source!

Any cookies that may not be particularly necessary for the website to function and is used specifically to collect user personal data via analytics, ads, other embedded contents are termed as non-necessary cookies. It is mandatory to procure user consent prior to running these cookies on your website.